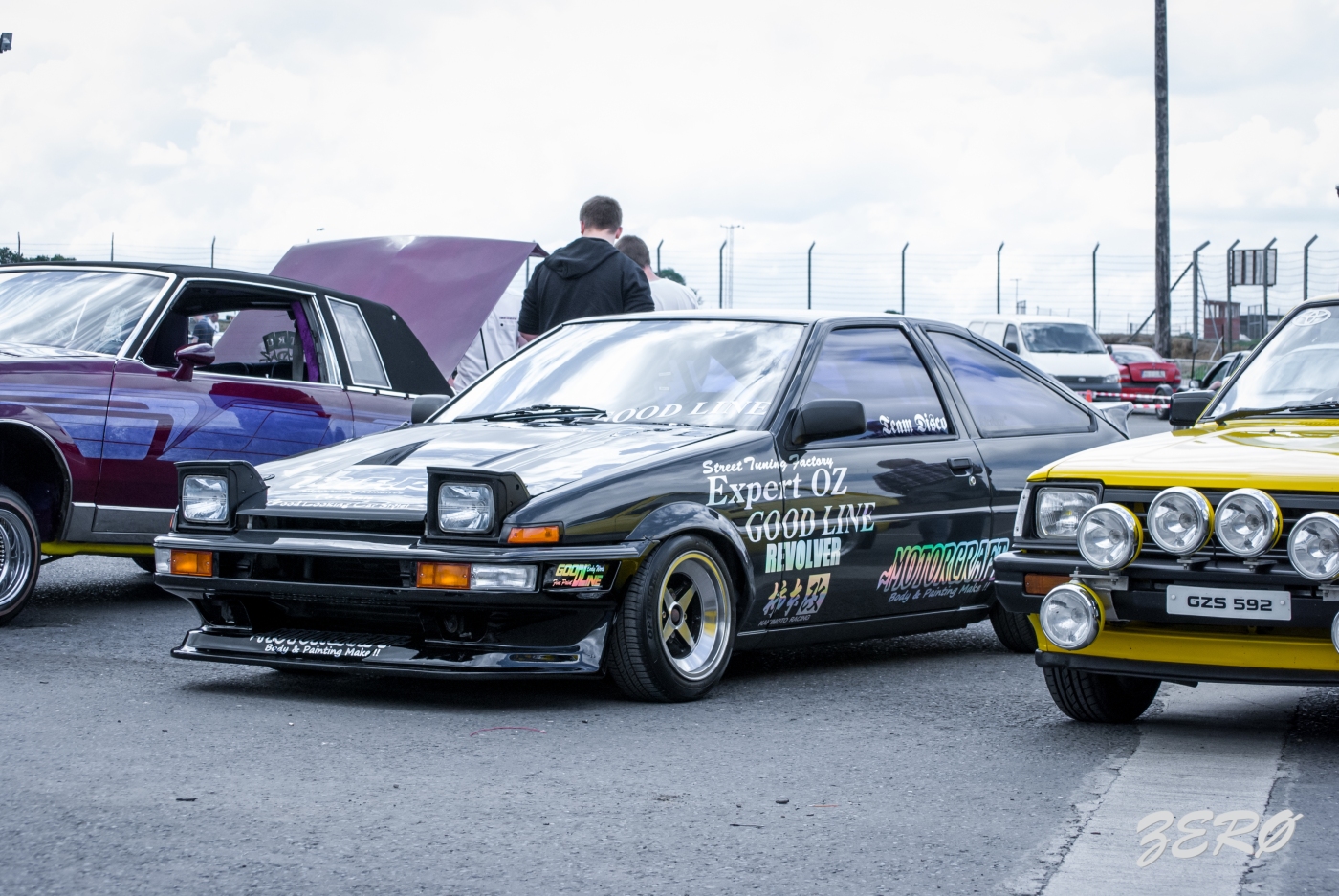 I’ve recently found two hard drives that I thought to be lost a number of years ago. They held some of the eariest photos I took for Zero Team on something that wasnt my phone.

Whilst much of what exists on those drives doesn’t scream quality, its cool to be able to look back on what seems like a long time ago.

Having kept the original camera files as well means I can present the edits you see here. A much dfferent style than what I used to produce.

As soon as I began scrolling through these photos, I thought I’d find myself wondering where a lot of these cars had gone over the years, but I’ve seen some of these bean tins a lot more recently than I thought.

I knew basically nobody at this event so it gave me tons of time to shoot and take in the atmosphere. I believe this event also made it onto a programme produced by our national broadcaster which detailed various elements within Irish car culture (That particular series had very few highlights but this event was certainly one of those high points).

Seeing Retro Autos for the first time, a group of guys who could show up in any sort of Corolla or Toyota variant you can think of had a couple of well seasoned KE70s on hand at the time.

These cars have been well documented across social media but small changes are always noticeable at each event so theyre always worth a look. My personal favourite being the wagon that Vinny built which now resides in the hands of another enthusiast.

Really enjoying rolling through these new/old archives with a fresh edit and a fresh set of eyes and be sure to expect more in the coming weeks as I feel I’ve neglected the website for long enough and have a nice backlog with which to showcase some of my favourite moments from the last 5 years.